Sofia vs Plovdiv: Which is better for a city break?

I’m back! If you follow my adventures on Instagram, you’ll know that we’ve been away in Plovdiv, Bulgaria’s second city, and Sofia, the capital. After 15 months of pandemic life, I was in desperate need of some city action – and with both of us being fully vaccinated, and our anniversary on the cards, it seemed like as good a time as any.

Why Plovdiv and Sofia? Because Sofia is my favourite city in Bulgaria and Plovdiv is Rob’s. We regularly argue about which one is better, even (especially) while we were away. So I thought I’d devote a post to each of our arguments. Which city should you visit on your first post-pando city break? Read on to find out.

But first, a quick disclaimer. This isn’t going to be an ins-and-outs guide to the main sights in each city, nor a guide on where to eat and drink. (If that’s what you’re after, you can check out my previous post on lovely things to do in Sofia. I must write one for Plovdiv, too…) Rather, this is about – and I feel like a wanker writing this but here goes – the vibe each city offers. Because vibe matters, right, when you’re deciding on a city break? Or have I just drunk too many soy lattes lately?

Here, I’ll hand over to Rob, since Plovdiv is his favourite. In his words, this is why you should visit Plovdiv rather than Sofia. [My interjections – because this is my blog and I can interject whenever I damn well like – are in square brackets.] 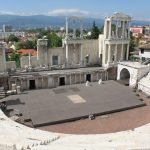 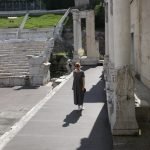 I always wanted to tread the boards. 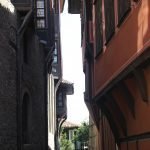 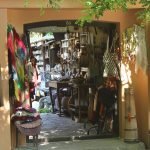 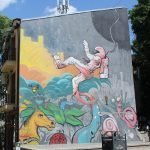 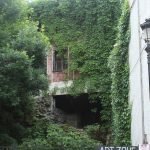 Now it’s my turn to make the case for Sofia. Gracious host that I am, I’ll occasionally allow Rob to interject [in square brackets]. 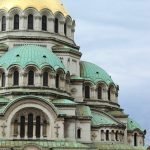 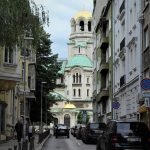 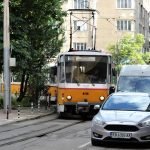 I do love a tram. 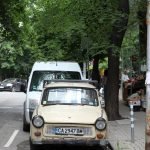 Look at this lovely old Trabant in the centre. 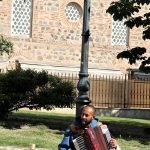 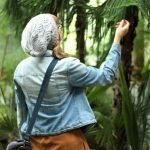 Both cities share a friendly, approachable feel (albeit Plovdiv feels more ‘holiday-ey’, while Sofia has more of the culture and bustle you’d expect from a capital city). Both have an amazing outdoor café culture, where you can sit for hours eating and drinking and watching the world go by. Both are fairly small, compared to other major European cities and easily covered on foot. And both are super-cheap compared to the UK and elsewhere in Europe. So if you’re looking for a budget city break, you really should head Bulgaria’s way.

The difference for me is mainly that Plovdiv feels like a little holiday in the sun, while Sofia feels like an energising city break. But, ultimately, they’re both awesome cities and well worth a visit. And as Plovdiv is only around 90 minutes from Sofia down the motorway, you can easily do both in one trip. (How’s that for a cop-out conclusion?)

Are you planning to visit either Plovdiv or Sofia in future? Have you already been and, if so, which is your favourite? And where should we go for our next Bulgarian city break?