Greenhouse reveal (sort of), and a June roundup

Like a D-list soap star cutting the ribbon on a new local Tesco, here I am unveiling our rustic greenhouse. Sort of. 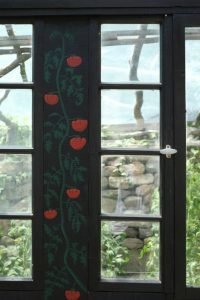 Rob’s artwork on the door.

It looks very finished from the front, you see, but there aren’t any windows on the sides yet! In this 32°C heat, that’s not necessarily a bad thing (extra ventilation for our tomatoes), and so long as it’s finished by winter (when we’ll want to move in some of our tender plants), there’s no great rush. Rob will return to finish off the sides later in the summer – but for now, other garden jobs are piling up. There’s edging to do on the new fruit/veg beds in front of the greenhouse, pathways to make, a dry stone wall to finish off, 10 cubic metres of wood to chop, and more. His life is just so fun.

Anyway, let’s take a breath and marvel at how beautiful the greenhouse is. *cough* From the front. 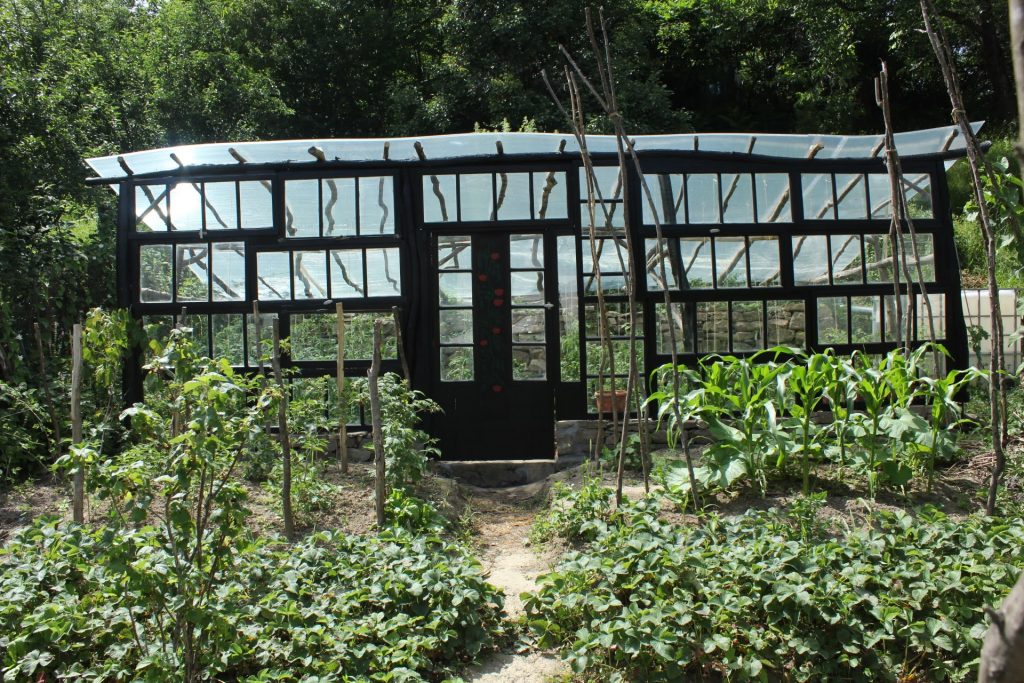 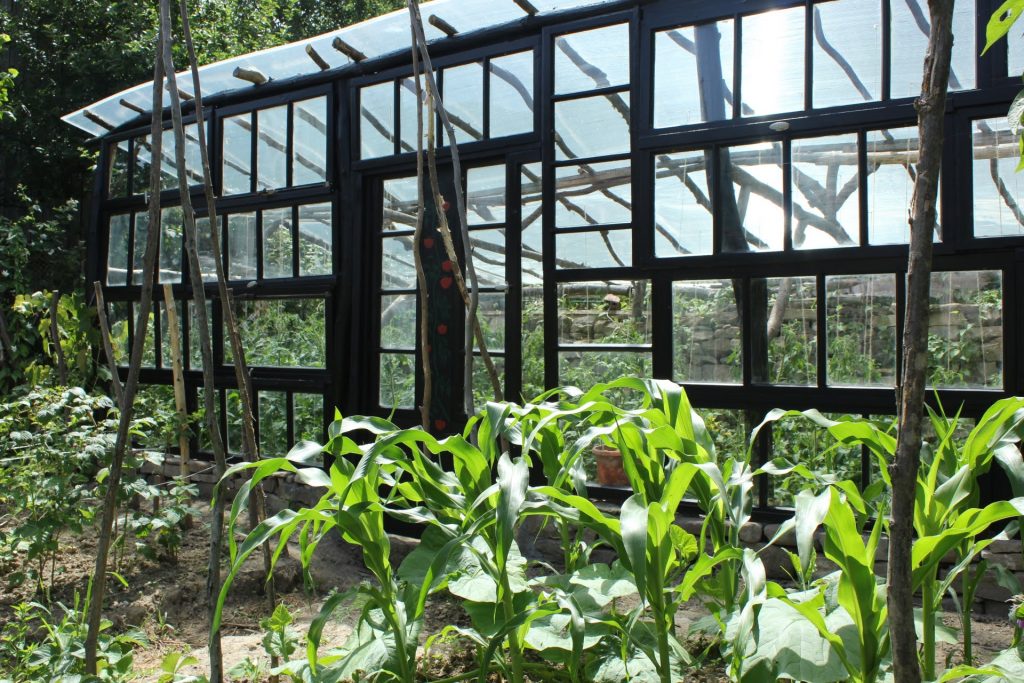 What do you think about the black paint? It’s a strong choice for a greenhouse, but we love using black in the garden – our veg beds are also painted black – because it really makes the colour green pop. It also adds a bit of crispness to our otherwise increasingly shaggy garden. (I think Rob’s only cut the grass once this spring/summer. I feel like David Attenborough peering through the jungle whenever I go out into the garden. It’s almost certainly infested with ticks, snakes and scorpions.)

As with any new construction, the greenhouse will weather and blend into its surroundings over time. We’ve also planted a grapevine at either end, which will eventually grow up and along the top of the windows, adding a bit more softness. We love it already though, even in its bold, newly painted state.

The tomatoes seem to love it, too. I’ve never seen them grow such big, luscious leaves. I’m assuming bigger is better? [Insert your own lewdness here.] We should have our first tomatoes in the next week or two. 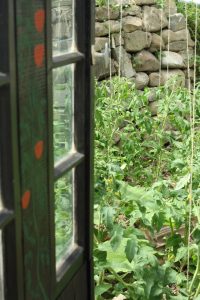 Just a peek inside. (I’ll do more pictures inside when it’s properly finished.) 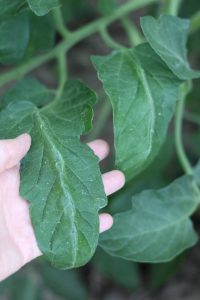 Look at the size of these leaves!

In other June news: 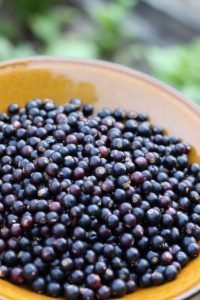 That pretty much brings you up to date on our June. I’m mainly here to brag about the (*cough* front of the) rustic greenhouse. Leave your verbal applause for Rob below and I’ll pass it on. (He literally never reads this thing.)

A little housekeeping notice while you’re here: I probably won’t be blogging weekly this summer as there’s so much to do outside. Best to check in fortnightly instead. But I do post on Instagram regularly, so you can keep up with our adventures there in the meantime.