A trip up Vitosha 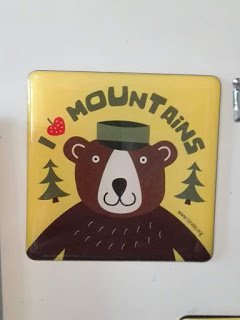 One of the many things I love about Sofia is how Vitosha mountain hulks beside it. We’ll often stroll down the streets and comment how unusual it is, in a capital city, to see a ruddy great mountain squatting at the end of the road.

But we’ve never really been up this mountain that we’ve seen so many times. (Well, apart from that weird drum and bass festival we went to a few years ago. Never mind.) So, in the spirit of trying something new every now and then – read: not spending all winter watching horror movies and drinking wine – we decided to head up there for a stroll in the snow.

We took the cable car (cabinov lift as it’s called in Bulgarian) from Simeonovo, which is basically behind Ikea (aka my spiritual home and rug nirvana) on the ring road. It’s wise to call ahead and check whether the cable car is running before you set off (the same goes for the chair lift at Dragalevtsi, apparently). The working days are, shall we say, a bit sporadic. In theory, weekends. But, you know, sometimes maybe not.

My only other experience of cable cars was in Austria years ago, where the cabins were as big as buses and full of people. This couldn’t have been more different. The cabins are dinky – about the size of a large ferris wheel cabin – so we had one all to ourselves. Which was handy, considering the ride was pretty long (it takes you all the way up to Aleko hut, about 1800 metres up the mountain). Obviously, having a car to ourselves saved us the bother of avoiding eye contact with strangers, like on the Tube in London, or, worse, making awkward conversation for 15 minutes.

The best bit of the ride is when it shoots you out of each station, like from a catapult. (Seriously. Anyone who’s been on it can testify to this.) The worse bit? When it stopped unexpectedly, leaving us dangling at a very high point for what felt like hours five minutes. At 17 leva for a return, the cable car is pretty expensive, but I’d say it’s worth it for the experience.

What of the mountain itself? Well, we expected it to be really peaceful, but there were LOADS of people up there: families with toboggans, people skiing and snowboarding, children having group ski lessons, babas out for a walk, you name it. We had no idea Vitosha would be so busy on a January day. The ski season had just opened a few days before, so clearly everyone had the same idea as us. 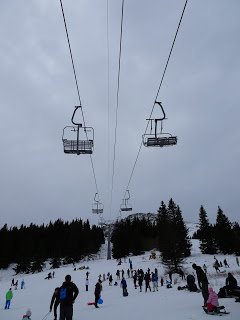 Rather than hike up to the peak, Cherni Vrah (too slippery and slow for us in the snow), we went for a gentle stroll around, soaking up the wholesome atmosphere, jumping out of the way of tobbogans, and looking down at the air pollution over Sofia. (Seeing it from above, like a brown Saturn’s ring, was pretty shocking.) 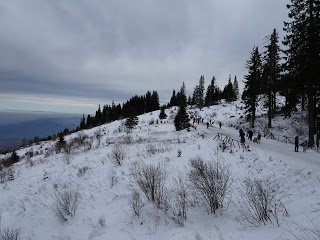 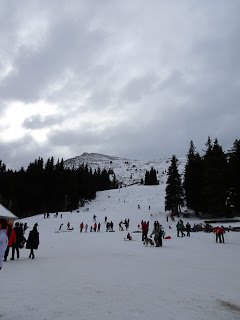 Anyway, if, like us, you need an excuse to peel yourself off the sofa after Christmas, get yourself up Vitosha for some clean air and outdoor fun. We can’t wait to go back in spring or summer to do some proper hiking.

And if you can, do take the dinky cable car. It’s juddery as hell, but that’s half the fun, isn’t it?