108. The oldest people at the drum and bass festival 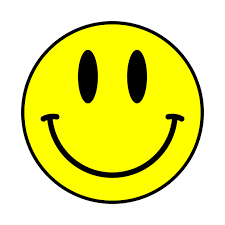 I’ve never really been one for acting my age. I like Twilight. I use words like ‘totes’ and ‘awesome’ in a non-ironic sense. I only own two hand towels (and both have seen better days). Last night I ate a bowl of cookie dough for dinner.*

But even I was apprehensive about going to this drum and bass festival up Mount Vitosha. I mean, I loved rave and jungle in the 90s. I even wangled half a morning off school in October 1994 because I’d been dancing my arse off at a Prodigy gig the night before. (My mum wrote me a note saying I’d been at the dentist. Coolest ma ever, or just off her face from giving birth to my brother two days before? You decide.) But now? At my age? With my bad hip?

We’ll be the oldest people there by a mile, I thought. Followed by, I’m not even sure what drum and bass is. But the lure of the weird (drum and bass + 40 hours non-stop + Bulgaria + up a mountain) was too strong to ignore. If nothing else, I figured it would give me something new to write about and give you, dear reader, a break from reading about tomatoes and courgettes. So off we pootled with a bunch of English friends, down to Sofia and up the mountain.

Here’s what I learned:

It really is right up the mountain. The festival is set in a clearing around 1,500m up the mountain, with woods, trails and streams all around. The sound of drum and bass wafting through the trees as we hiked up from the car was pretty weird.

It’s cold up there at night. This is probably obvious to you because you’re not a complete moron. I, on the other hand, was completely unprepared for how bone-soppingly cold it was in the middle of the night. Up the mountain. I know, I know, I’m an idiot.

There are many different kinds of dance music. Young Rob (not Uncle Bulgaria Rob), an actual Young Person, had been filling us in on the various different genres on the way to the festival. In my day, as far as I remember, there was basically rave, techno, house and jungle. Now, apparently, there’s all sorts, like hard house, deep house, bounce, drum and bass, hardstyle, jazz hands, minky, and sniff. (I may have made some of those up, but you get the idea: there’s a lot.) All I know is, I really liked some of it, and some of it was so samey and repetitive I may as well have been listening to my washing machine.

We were not the oldest folk there. The sight of a lone 40-year-old man, mashed off his nut, trying to eat cheesy chips confirmed that we were not the most tragic people in the field. Not by a long way.

It’s good to blend in. When it’s a largely local crowd and everyone just has those tiny throw-up tents, and you are SEVEN English people with a GIANT two-roomed tent … and all the camping gear … and a FUCKING DRONE, you might stand out a bit. (I would like to point out that none of that stuff was mine. I brought a clean pair of pants, earplugs and a box of Nurofen.) The drone was a huge hit with the crowd though, especially at night when it looked like a little spaceship.

Dancing is like time travel. Sure, on the outside I may have looked like a 35-year-old with bad posture and sensible boots. But on the inside I was back in Southampton Guildhall in October 1994, dancing in my knee-high boots and wondering how late I could go into school the next day. Also, dancing keeps you warm. Which is handy when you’re up a mountain.

The courgettes were awesome. Only joking. There were no courgettes there.

We just stayed for the Friday night/Saturday morning – we left after two DJs in masks came on and started playing some angry Korn/techno mashup stuff – so I have no idea what the second night was like. But I do know I’ll be going back next year and staying the whole weekend. With my thermals. Like the old bird that I am.