Supermarket excitement, what to eat this winter

Very exciting news from our corner of Bulgaria: we’ve now got a Fantastico supermarket near us. I say ‘near’, it’s a 50-mile round trip. But that’s as close as any big supermarkets get for us. (There’s a small T-Market in our nearest town, about 10 miles away, which used to be really good. But they’ve recently changed up their stock and, instead of shelves filled with useful food, it’s now full of crap like slippers, toys and towels. You know those random central aisles that you find in any Lidl? Those aisles stocking everything from leggings to power tools to colouring books? Yep, our local T-Market has turned into one big Lidl Random Crap Aisle. And I am not here for it.)

So we’re back to trundling down the motorway to Botevgrad, where there’s a Kaufland (literally hell on earth. I couldn’t hate it more) and, now, a Fantastico. I think it’s the first Bulgarian-owned big supermarket I’ve ever been in. (Most of the supermarket chains here are German, although I believe T-Market is Polish.) So I had no idea what to expect from a proper Bulgarian supermarket. And you know what? It’s bloody brilliant. It stocks vegan cheese and the biggest selection of plant milks I’ve seen over here. (I mean, they had buckwheat milk. Can you imagine? I didn’t even know that was a thing.) Best of all, there are no Random Crap Aisles. Not one. Not even a snifter of randomness.

So yeah, this January has mainly consisted of us spending a small fortune on food, cooking more ‘cheesy’ and ‘creamy’ meals than we would usually (because, before Fantastico came into our lives, we could only get vegan cheese in Sofia), and obsessing over what to cook next. Which brings me to the point of this post, basically a list of things I’m planning to cook this winter, based on some lovely cookbooks we got for Christmas. (They’re not all vegan, by the way. We’re used to veganising all sorts of recipes. But they are, let’s say, vegetable-forward.)

I’ve included links to the recipes online, so you can enjoy them even if you haven’t got the books. 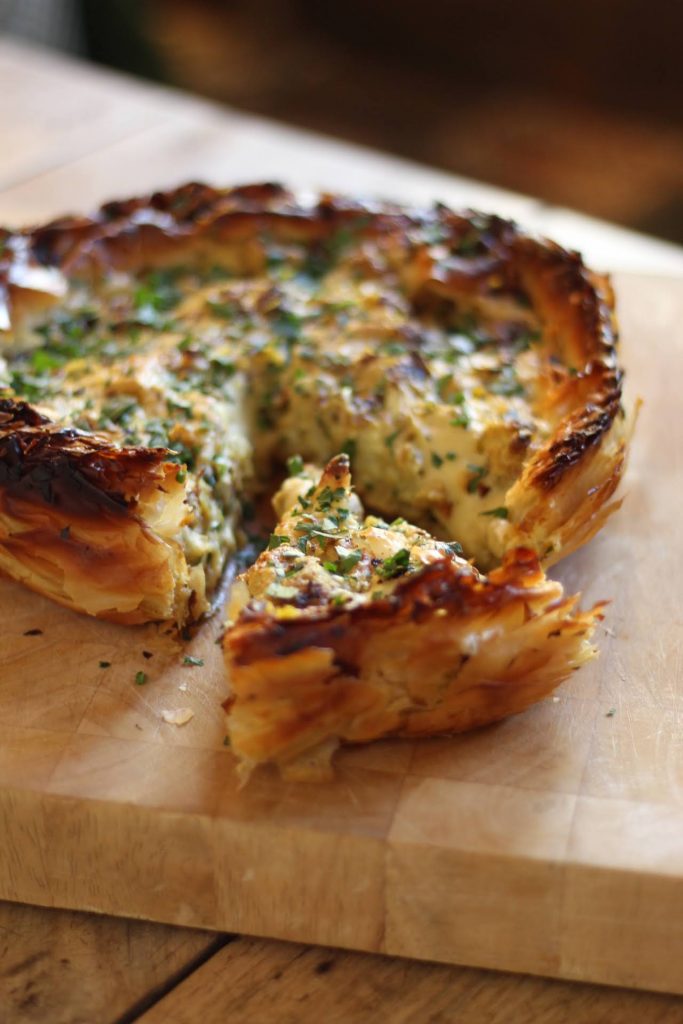 This is the curried cauliflower cheese filo pie mentioned below.

First up in the pile of cookbooks we have…

If you’re a fan of one-pot recipes, add this to your collection. We’ve already cooked a few things from it – the pimenton veggie burgers, sag aloo shepherd’s pie, and celeriac and red wine stew (with cheddar dumplings) – and they were all lovely. Make the celeriac stew if only to try the heavenly dumplings.

Here are some other recipes from One that I can’t wait to try:

Quick squash lasagne  (ready to go into the oven in 10 minutes, apparently)

I mean, if you’re an Ottolenghi fan, then you’ve probably already got this book. I am, as usual, at least a year behind everyone else. I’ve not cooked from this one yet, but I have earmarked several recipes to try soon, including:

Let me start by saying you absolutely have to cook the curried cauliflower cheese filo pie from this book. I saw them make it on YouTube and was so excited, I made the recipe before I even got the book. It was DIVINE. Crispy, flaky, creamy, cheesy heaven on a plate. Now that I finally have the book, I’ll be making this pie every winter.

Some other things I’ll be cooking from this book:

Chickpeas cacio e pepe (I’m less sure about this one because I don’t know if we can get vegan parmesan, but it’s been very popular on Instagram. If you try it – either with regular or dairy-free parmesan – do report back.)

What are you cooking this winter? Are there any new recipe discoveries that you’re obsessed with? Do you like me telling you what to eat? Answers below.

And if you don’t already, please follow me on Instagram so I can a) bore you silly as I cook my way through these books and b) spam you with snow pictures. Because I’m fun like that.