We did it. We did the post-lockdown cliché thing. We went to Ikea.

We needed a new teapot, you see. And some margarita glasses – yes, we needed margarita glasses – and Rob wanted some special paint for a garden project. So we figured we’d do a quick get-in-get-out run to Sofia. And it was fine. There weren’t any queues to get into Ikea. There were some queues at the checkout, but people were mostly keeping their distance and wearing masks. We used so much hand sanitiser, the car smelt like an alcoholic had been sleeping in it for weeks.

It was the most ‘going out’ we’ve done since February, and I can’t say I’ve missed it that much. My bank card almost combusted with the shock of being used to pay for such frivolous things (all we’ve bought for months is food and petrol and, er, cement). And it certainly hasn’t led to a new-found confidence about going out. In the two weeks since our cheeky Ikea run, we’ve gone back to hunkering down at home and only venturing out for mushrooms, soya milk and gin. Because we’re fun like that.

Here in Bulgaria, everything has been returning to normal across June – non-essential shops, bars and restaurants (even for indoor service), cinemas, blah blah blah. But coronavirus cases are on the rise, breaching 100 new cases a day for the first time since the pandemic started. Yesterday there were 130 new cases. That won’t sound like a lot to anyone in the UK, and it isn’t. But I read one Bulgarian health expert said that if the country were to hit 300 cases a day, the health system wouldn’t be able to cope.

So I don’t really feel like getting back to normal, and am kind of aghast that other people do. Obviously, I’m showing my privilege here, because I can work from home. Some people don’t have the option to stay home. Others, though, are just bored of it all.

Look, all I’m saying is, I went out to buy margarita glasses, felt a bit dirty and guilty about it, and now I’m staying in (food shopping aside) for the rest of 2020.

Christ, I didn’t even sit down to write about coronavirus. I sat down to write about our veg garden! I’ll do more of a deep-dive on this year’s veg-growing efforts next time. For now, I’ll just say things are coming along well – despite the iffy weather – and the veg garden is beautifully full, with flowers as well as edibles. 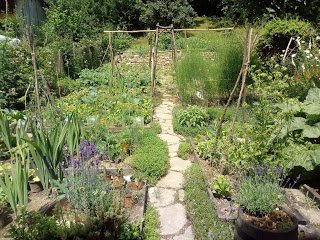 Also, we’ve been busy making stuff. Inspired by something we saw on Gardeners’ World, we made a rack for drying herbs. Like everything in our lives, it’s wonky AF, but it works well – much more effective than hanging herbs in bunches covered with a paper bag, which is what we used to do. 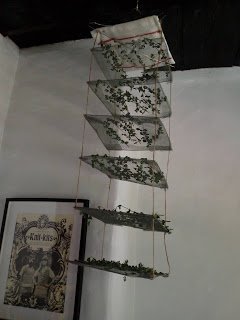 And another thing we saw on Gardeners’ World: we made a succulent garden. Pretty, isn’t it? 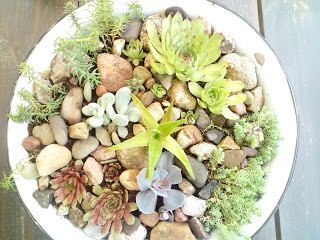 Finally, we turn to cat news. Iggy, our oldest, dumbest cat has started eating ants. We have a big rock in the garden that must be on top of a nest, because it’s always covered in ants. (Our garden is like a minefield of ants’ nests. You have to know where to step and where not to step if you don’t want your feet covered in angry ants.) Iggy has recently discovered these rock-loving ants (it’s only taken him eight years), and seems to find them pretty tasty. His technique has evolved somewhat over the last few weeks, although I’m not sure it’s evolved for the better – while he used to sit next to the rock, licking the ants off it, he now sits on the rock, waits for the ants to crawl all over him, then just cleans himself with his paw, scooping the ants off his body and into his mouth. I mean, are there classes you can take to improve your cat’s intelligence? Like dog agility classes, but for the cat’s, you know, brain? Answers below, please.