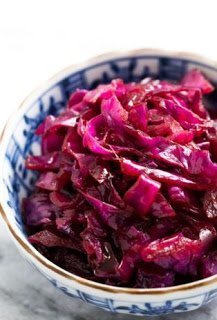 It’s been a really mild and easy January so far. We’ve only got about three inches of snow on the ground from yesterday’s snowfall, the first snow of 2018. The road is pretty clear. The temperature is hovering around zero when we get up in the mornings, which is at least 10 degrees warmer than usual in January. We haven’t even put the second duvet on our bed yet. And we’ve only had three (short) power cuts so far this month, which is GFB (good for Bulgaria).

So why do I still feel the usual January bleurgh? Why do I feel such a strong compulsion to sleep the month away? Last Sunday I was in such a funk that, if we hadn’t had plans to go and see friends, I seriously would have gone back to bed. This is not normal behaviour for someone over the age of 14.

I should be using January to learn more Bulgarian. I should be writing a book. Even reading a book, any book, would be a much better use of my spare time than binge-watching Veep while wondering how early I can justify going to bed.

Two things give me hope that I’m not regressing to a moody, bed-obsessed teenager and that I will, in fact, come out of this January funk and return to my usual, excellent, mature and very modest self in February. One of those things is exercise, which I realise is a terrible January cliché, but essential after eating one’s own body weight in pastry over Christmas. (We’ve started swimming at a hotel that, in a Bulgarian, 1980s, marble-and-brass kind of way, is actually pretty fancy. It’s a treat I really look forward to every week.)

The other thing is cabbage.

Yes, we’ve become obsessed with the Scandi-style pickled red cabbage that we had with our Christmas dinner, and I heartily recommend you do the same. Spoon it straight from the fridge into your gob for a satisfyingly cold and crunchy snack, or let a bowlful come to room temperature to serve alongside a meal. It works with anything – roast dinner, pie, quiche, veggie sausages, cheese and biscuits, sandwiches, you name it. You NEED this in your fridge right now.

Best of all, inspired by something we had at Made in Blue in Sofia, we turned the last of the cabbage into an amazing winter coleslaw with broccoli and carrot. Trust me, it’s worth making the cabbage just so you can have the coleslaw.

This fills a big jar – one of those giant tahini jars you get in Middle Eastern shops. If you’re working with regular pickle jars, you’ll probably need two, maybe three of them (and you might need to increase the pickling liquid). Do not be alarmed by the thought of having multiple jars of pickled cabbage in your fridge. Just go with it.

To make the best winter coleslaw ever…