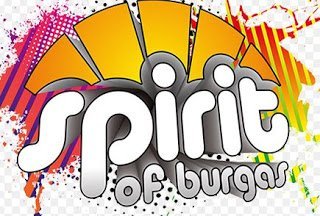 Rob and I are planning to go to this festival in Bulgaria. It’s on the 12th, 13th and 14th of August, which just so happens to be my birthday weekend. We really loved the city of Burgas – it’s right on the Black Sea coast and has a lovely laid-back, quite arty feel, despite being a big city.

The festival looks like it’s right on the beach. Last year the Prodigy headlined (how ruddy rude, without me) and this year’s headliner is Moby! The rest of the lineup is yet to be announced but it’s likely to feature a few other international names and plenty of acts you’ve never heard of. I’m hoping for an education in Bulgarian contemporary music so I can be, like, down with the youth.

So, if you fancy partying on the beach for a few days but can’t quite afford Ibiza, why not give it a whirl? Tickets aren’t on sale yet but you can expect them to be about £70ish for three days including camping. Truly bargainous. And you can expect plenty of cheap beer.

Burgas is six hours from the capital Sofia, or you can fly direct to Burgas with Wizz Air. Another option might be to get a cheap package deal to nearby Sunny Beach (while we wouldn’t really recommend the resort itself, it’s a very cheap way of getting to Bulgaria).

(available in English as well as Bulgarian)

I recommend staying on for a few days to check out Burgas itself and beautiful Sozopol which is a little further down the coast. Personally, we’ll be driving back to our house (which is about six hours away) and getting on with the decorating. But I’m sure that will be fun too.