That’s right, it all turned out fine in the end. We managed to make it to Heathrow (that was quite an adventure in itself – more details to follow later), our back-up BA flight went ahead, I had £12k in cash strapped under my top(!), and the house transaction went smoothly.

We’re now the proud owners of a beautiful, shabby Bulgarian village house. Like, we actually own it. Outright!

The transaction all took place in front of a notary – notaries are real local bigwigs in Bulgaria and they oversee any important dealings. So, our estate agent Max and his assistant Emilia took us to the notary in Etropole. There we met the notary, lawyer (also serving as translator) and the vendors. We were a bit worried about meeting the vendors as we’d heard entire families could turn up and crowd into the notary’s office. But in this case it was just two siblings and their partners. They seemed nice and we communicated through friendly nods and handshakes. We learned the house has been in their family since it was built in 1935!

We started off in the landing outside the notary’s office while her assistant checked our ID and passports. You’re not actually allowed in to see the notary until her gatekeeper is satisfied with your documents! I started to worry we were going to conduct the whole business out in the hallway. Finally, we went in and presented ourselves to the notary. Documents were read out in English and Bulgarian and there were lots of copies for everyone to sign. There were quite a few open sniggers every time our company name was read out. By way of explanation, the lawyer said “Your company name is very…unusual.” And for emphasis “It is very…original”.

Then, we handed over our cash and it was all done. Another round of smiles, handshakes and good wishes before saying goodbye. The deeds will now be transferred into our name but the house is legally ours straight away.

It’s not just the house and land that we own: everything in the house is included in the sale. We now own some really cool stuff – nice old tables and chairs, some great communist era china and kitsch pieces on the walls. Check it out! 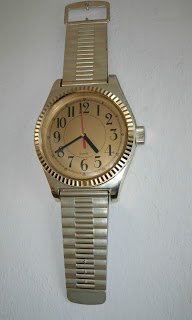 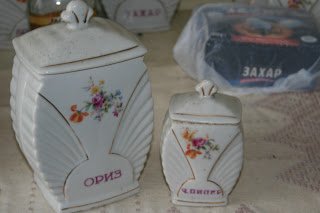