Step right up, folks, and welcome to the kitten circus. Also known as our garden. Because it’s kitten mayhem around here. 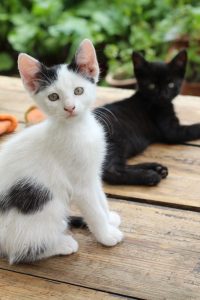 I mentioned a while ago that a heavily pregnant cat had turned up in our garden and promptly given birth to three kittens in our summer kitchen. Well, now those little furry blobs are eight weeks old and proper little boy cats.

They’re ‘foster cats’ of course. Much as we love them, we can’t add four new cats into our tribe, not on top of the five cats we already have. Even I don’t like cats that much. But we’ve been loving having them around. You know how hippes in the 60s had the Summer of Love? This is our Summer of Kittens, and I’m here for it. I’m sticking flowers in my hair and embracing the kitten mayhem while it lasts.

And it is mayhem, having so many cats around. For the first six weeks, the kittens never left the summer kitchen area. But in the last couple of weeks they’ve unlocked a new level of bravery and migrated to the back terrace, right by the house and veg garden. (They love playing around the plants and diving under the wood pile.) Every time I open the back door there’s a kitten or three right there, ready to pounce. One of them especially is an absolute foot terrorist, attacking passing feet, empty shoes or any stray sock that’s left lying around. What can I say, the kid loves feet?

Mama cat is never far away. We’ve just had her spayed to make sure she doesn’t bring any more happy accidents our way in future. She’s a lovely old girl. (No idea how old she is, but I’d guess at least five.) We tried all sorts of dignified old lady names on her – Rosemary, Prudence, Gladys – but I’m afraid to say the only name that really stuck was Booby Judy. Named for her many teats and all the kittens who’ve swung on them over the years. Booby Judy. Jude, for short, or when we want to sound like, you know, actual adults.

The kittens have temporary names too (their forever humans will probably want to rename them): the two black boys are Mulder and Scully, and the little black-and-white fluffball is Bowie.

So, who would like some gorgeous little kittens then? They’re all boys. Very friendly and cuddly. Treated for worms and fleas. Trained in the art of the litter tray. And ready for a good home (or homes) in the near future. I’ll even deliver, within reason. 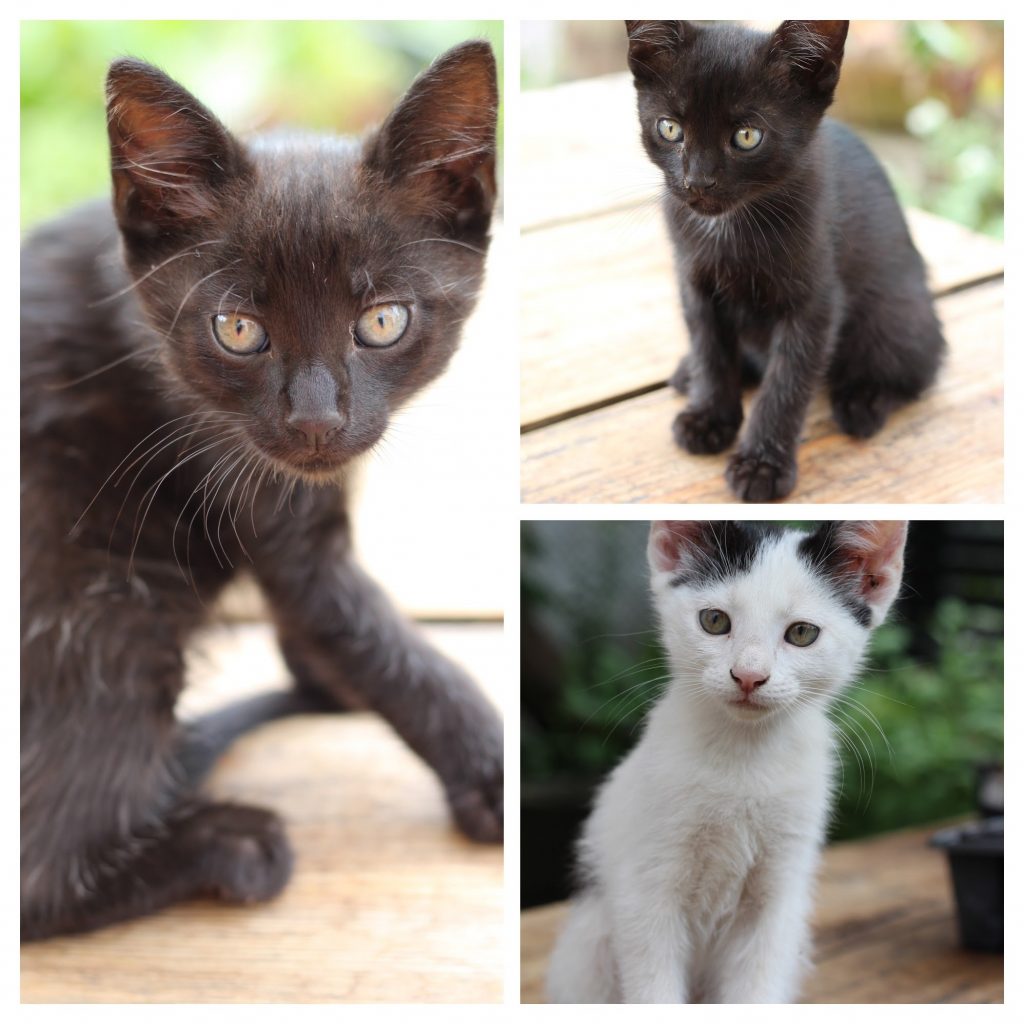 Mulder, Scully and Bowie. Beauties, all of them.