The other day I realised it was exactly 10 years since we bought our house.

One of the joys of redesigning the Auntie Bulgaria website was revisiting some of our old adventures. Things that laid deep and dusty in my memory. The whole Bulgarian house-buying experience was such a blur – we went from making an offer to owning the house in six weeks – that I barely remember any of it now. Like how we had to hand over the money for the house to all four owners (family members who had inherited it), in front of a notary and translator. And how the pile of cash was so disappointingly tiny because Intercash back in the UK had given me €500 notes. And how we almost didn’t make it to Bulgaria in time for the notary appointment because Gatwick airport was closed due to snow and we had to book last-minute flights out of Heathrow. Just reading back over it was enough to raise my blood pressure, but I’d forgotten all about it.

I’d also blanked out forgotten just how much of a shell the house was when we bought it. Not so much the upstairs, which had two tired but perfectly liveable bedrooms. (And one room with bare bricks and an earth floor that the builders told us not to walk on.) But the downstairs was a total shell. Rotten flooring, bare plaster, no plumbing except for one cold water tap, missing windows. No kitchen or bathroom whatsoever.

Obviously, we had a toilet and basic shower installed before we moved in. But the kitchen had to wait in line behind much more pressing jobs (new windows, a heating system, a front door that actually locked…). For months, our ‘kitchen’ comprised a sink and a long plank of wood resting on two chairs.

And the outdoor staircase! How could I forget? Nowadays I take it for granted that I can go up and down our stairs without needing to put on a coat and go outside the house. It’s mad to think we lived like that for more than two years.

So in the spirit of being all pensive and stuff (an ailment I come down with every Christmas), I thought I’d share some before and after pics showing how much has changed in the last decade.

When we bought the house, we learnt it had been in the same family since it was built in the 1930s. I often think of the people who spent their life in this house before us, and I wonder what they’d make of everything we’ve done to it. They’d probably think we were indulgent pricks for having an indoor toilet and letting our four cats lay all over the place. But other than that, I like to think they’d be pleased to see their house showered with such love. And oh my God, do we love it. We’re so lucky to have this house. That tiny bundle of euros we handed over back in December 2010 was the best money we’ve ever spent. 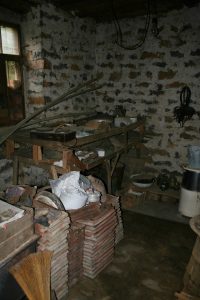 … which we converted into a pantry and bathroom. 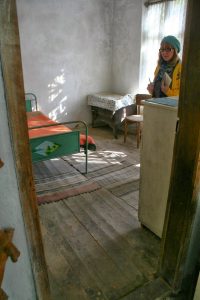 The lounge, on the day of our second viewing. Plus me, making the world’s biggest to-do list. 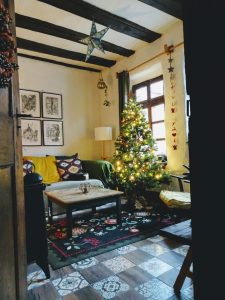 And here it is today, all dressed up for Christmas. 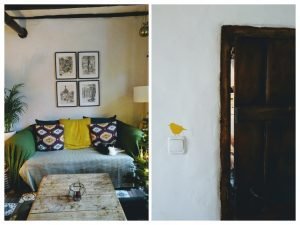 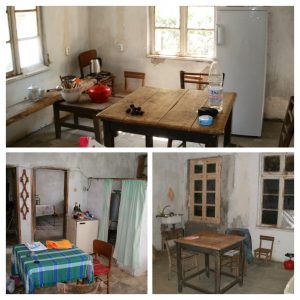 The kitchen, before. Bottom left: when we bought the house. Bottom right: after we knocked down the weird mini-wall. Top: note the makeshift wooden plank worktop! 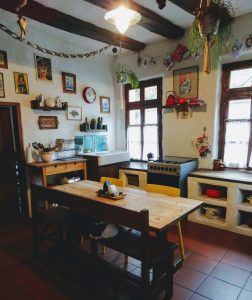 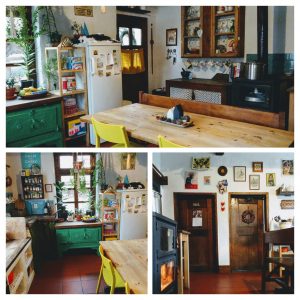 As you can see, we’re going hard on the mad old lady cottage vibe. 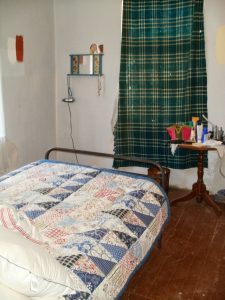 The bedroom before, complete with Bulgarian hospital bed. 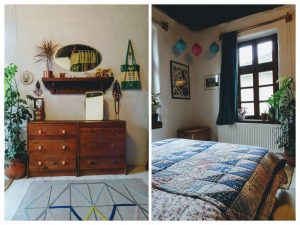 And the bedroom today, looking so much nicer.

Well, that’s me signing off for the year. We’re planning a loooong, quiet Christmas with far too much pastry and alcohol, and not enough actual human contact (so, you know, normal for us). What are your Christmas plans in this very, shall we say, different year? Whatever they are, have a very merry time. See you in the sunny uplands of 2021.