Hard to believe it’s June next week, when it feels like spring barely got started. It’s been a funny old spring, weather-wise. Much colder than usual, with only a week or so of temperatures above 25°C. The rest of the time, the thermometer has been struggling to get out of the teens.

You’d think the garden would be lagging behind as a result, but it doesn’t seem to be. Things are growing well enough. The courgettes and squash have been planted out pretty much on time. The tomatoes haven’t been planted out yet, but that’s more to do with logistics than the weather (their home-to-be, the sunken greenhouse, is still just a hole in the ground).

The only casualty of the weather has been my chillies – after two separate sowings, all I’ve managed to germinate are two pathetic seedlings, which possibly haven’t survived yesterday’s downpour. It’s not a disaster – we still have loads of last year’s chillies in the freezer – but I’ll miss them in the garden. There’s something very festive about a plant decorated with ripening chillies, like an edible Christmas tree. Maybe the neighbours will donate some spare plants…

Otherwise, the garden is looking well. Or at least, the half of it that isn’t a building site is looking well. Gardening has been a godsend this spring, as we’ve spent even more time at home than usual. It’s given us exercise, fresh air, fresh food, and constant things to look forward to. Gardening is an optimist’s game, after all.

It’s also mindful work. Which is good for people, like me, whose brain is constantly skipping ahead. (Kumail Nanjiani said that when he eats something delicious, he’s mourning the end of the delicious thing from the first bite, rather than actually enjoying eating it. That’s me, with everything.) When I spend an hour weeding, I almost forget that 2020 has been knocked completely off its orbit.

So although it’s freezing cold and rainy today, although the garden is probably being munched by our unwanted snail army as I write, enjoy some pictures of warmer days this spring and indulge me in a little gardening boast.

But first, let’s remind ourselves what it looked like when we bought the house 10 years ago… 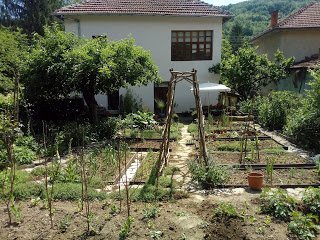 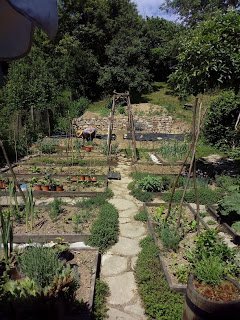 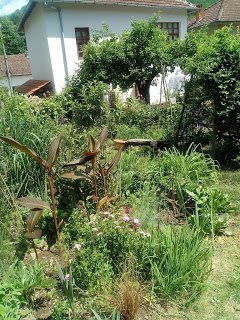 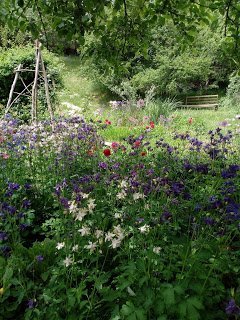