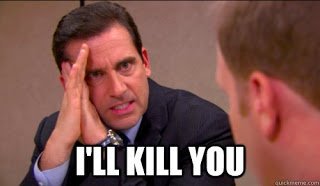 I have a set routine whenever I travel from England to Bulgaria. I am (most of time) too tight to cough up for a taxi to the airport, and I am (always) too tight to pay for a hotel room. So, for a 6am Easyjet flight, I have to get a late train up to Gatwick the night before and loaf around Gatwick from midnight until security opens at 3am. After that I just loaf around the departures area until 6am, trying not to spend money on unnecessary shite from Accessorize. It’s a boring, boring ritual that I did every month for a couple of years. (Back when I had a real job, my employers politely requested that I show my face once every few weeks. I would flounce around the open plan office for a week, generally being a loud nuisance – you know, just so they knew I’d shown up. Then I’d go back to Bulgaria and everyone would get a lot more work done.)

On my last journey to Gatwick, back in April, I was the *only* sober person on the train. Considering it was a Tuesday, that seemed a bit weird. While there are a few things I genuinely miss about England, listening to arseholes on public transport is not one of them. The highlight was when a group of teenage boys with a case of Desperados (bless) got on, affectionately – and constantly – calling each other ‘cunt’. When one of them went to the toilet (with the toilet door open), the others talked loudly about how many inches they were while ‘floppy’. Floppy. True story. Should people who use the word ‘floppy’ be out after dark without their parents? Half of me found them amusing (I was young once, and I was a hideous, White Lightning-swigging chav). The other half of me wished they would all die of penis ringworm.

To be fair though, the worst people on the train were the adults. First came the slurpy, sex-murmuring kissers. Obviously they deserve to die slowly of syphilis. Then came the inevitable smeghead playing his music out loud. (Gold Digger by Kanye? Really? Out loud?) I spent many happy minutes visualising me puncturing his eardrums with a rusty 12-inch spike. Then there was the scary drunk woman who called some other women ‘fucking chip-eating bitches’ – well, they were eating chips – and launched into a 20-minute tirade about how much she really wanted fucking chips and no she wouldn’t fucking shut up. I just hope she enjoyed her day release.

Anyone who complains about foreigners ruining the country should be forced to spend two hours on a Southern train late at night. The foreign guy who asked me, clearly the only sober adult in the carriage, how to get to Hove looked genuinely afraid for his life.

Thank goodness we don’t have a rail network in our part of Bulgaria – I’m too traumatised to use it. Instead, we use the brilliant network of coaches and minibuses. We love the Bulgarian bus service. It’s easy to use, cheap as chips, fairly regular, and the passengers are usually harmless. Just to warn you, strangers will probably make conversation with you, they might not be wearing deodorant, and you will definitely have to listen to all manner of awful ringtones. But that’s about the worst of it. Oh, and the driver will smoke like a chimney and take a couple of dozen phone calls while he’s driving. And there will always, always, be one of those calendars with a row of tanned women’s bums in thongs hung up at the front. It’s usually right next to the religious icon or cross. And if there’s a toilet on board (say, if it’s a fancy coach), you won’t be able to use it. It’s for decorative purposes only. But, all things considered, it’s a pretty pleasant experience.

Even when your Bulgarian minibus is so old the person sitting closest to the door has the honour of holding it shut,* it still beats the hell out of being on a Southern train at 11pm on a Tuesday night.

*Yes, this really happened to us.