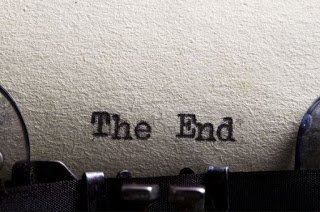 I quit my job recently.

It was a good job, one that I enjoyed maybe 80-90% of the time. That’s pretty good going, I think; some people hate their jobs 90% of the time. And it’s not like I’ve ever had a burning ambition to work for myself or run my own company. I’m one of life’s natural employees, you see; just tell me what needs doing and I’ll get it done. I am whatever the opposite of dynamic is. Un-dynamic probably.

Unfortunately, being an employee just isn’t that compatible with life in Bulgaria. The ultimate aim in coming to BG was to work less, spend more time together, and lead a simpler (greener) life. Working 9-5 Monday-Friday and flying 2,500 miles each month just isn’t the best fit with that. And I’ve known it for quite a while, if I’m honest, I just kept putting off the inevitable.

So, I’m going to be self-employed, freelance, an unintentional entrepreneur. I’ll be my own boss.

It’s going to be great working to my own timetable. I’m at my best in the mornings and by 4pm I’m really not doing anyone any good. I’ll be able to work early in the mornings and spend the afternoons tinkering in the garden. And I’ll have lots of time for visitors – without worrying that I’ve nearly used up all my holiday six months into the fricking year.

I will miss having a steady income, obviously, although not as much as you’d think. Our low outgoings mean I don’t need to earn a lot of money to get by. I have no idea how people with mortgages ever do this – they must simply have huge balls. Or be, like, really dynamic.

I’ll miss my colleagues too: my lovely colleagues who call me “Cruston”; who throw paper aeroplanes at me when I’m in the office; who put up with my shitty bowling (I drag the team average down a long way); and who took me off to Wetherspoons for ham, egg and chips that time I was massively hungover. I’ll miss shooting the shit with people. You can expect to see me on Twitter and Facebook a lot in the near future, desperately seeking any sort of interaction with the English-speaking world. “Is anyone there?” I’ll tweet. “I’ve only got a donkey and 20 courgettes for company, please help.” It’s difficult to convey a slow decline into loneliness-induced-insanity in 140 characters, but I’ll give it my best shot.

So that’s the big news. Hurrah! I’ll be providing writing and editing services for authors, businesses and publishers.

It’s going to be ACE and I won’t end up at all BROKE and MAD.